I love my photography; I have been taking photographs since the mid 90’s. Like so many others, I started when our first son was born as I wanted to document our family, particularly our children growing up, and at one time I even developed my own black and whites, long before the days of digital.

A hobby like this is sometimes a great lead-in when talking to children in the classroom. Many children love looking at photographs, but more importantly many like taking them as well, particularly documenting their lives with selfies. That conversation can lead into all sorts of areas, such as where they share those photos, who with, on what apps, and so much more.

In turn, a conversation like this will now and again reveal concerning activity, such as a few months ago when a Year 6 child who said she took loads of images and shared on various apps. None of those apps were set to private and she didn’t care what the school or her parents told her; for her it was all about how many likes and followers she could get. It was really concerning to hear a 10 year old talk like this. I had a discussion with the class teacher who was present during the lesson. She stated that the discussion was very revealing and had contributed to some concerns the school already had about this young girl, which now warranted further investigation.

This is where the beauty of conversations with the children can be really informative; talking about something they really enjoy (that has an online element) and using that as a means to get across online safety information, whilst at the same time looking and listening for anything that is out of the ordinary. 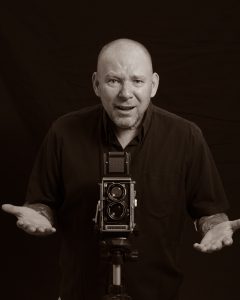 Back to the photography theme. I was browsing a few photography articles online a couple of weeks ago and came across an article from a British fashion photographer called John Rankin Waddell. The article was called ‘Selfie Harm’; essentially, he took portraits of 15 teenagers aged 13 to 19 and then gave them 5 minutes to edit the pictures to make them ‘social media ready’. This is part of a project called Visual Diet, which is a campaign exploring the impact of imagery on mental health.

When I looked at the images (Click HERE and scroll to the right) I found it disturbing; why is it that some of these young people thought their faces were so wrong that they had to distort them with totally unrealistic filters?

It was good to read that the majority of young people preferred their original images, but what I find disappointing is the assumption that for those that did alter their images, social media is to blame. On Instagram Rankin wrote, “It’s time to acknowledge the damaging effects that social media has on people’s self-image,” following up with, “It’s just another reason why we are living in a world of FOMO (fear of missing out), sadness, increased anxiety and Snapchat dysmorphia. This assumption is something you read in the media every single day and it’s guaranteed to get me on my soapbox. Does social media have a part to play? Yes, certainly. But is it to blame? No, I don’t believe so. This is a much bigger societal issue, particularly in advertising where you see so much photoshopped perfection and hyper sexualisation, which is then being shared across social media platforms; the platform is just the outlet, not the cause. Furthermore, so-called influencers have a huge part to play in this with their incessant quest to make more money. It doesn’t just affect girls, it affects boys too, and we’re seeing it at younger and younger ages.

This would be a really interesting discussion in school or at home. An open, honest and critical discussion about why some young people feel it necessary to completely alter their natural look. It’s far too easy to blame the ills of society on social media; it is people that do the sharing and, to get to the root cause of the issues we are seeing, we need to engage with young people to find out why there is this pressure, how (or if) it affects their mental health, and only then can we give the best support, advice and guidance available.